I am not posting today about Budget 2013 as many of you may have expected. I am writing instead about friendship, scholarship and death. Today, I was planning to drive down to Seattle to participate in a memorial service for a mentor, a colleague and a friend, Bob Phelps, who died on January 4, 2013. Unfortunately, I won’t be able to make it –My apologies to Colin Clarke, Robert Israel, Afton Cayford and Ed Granirer, who were counting on me to get there. I therefore decided to have my own memorial thing for Bob, by simply reminiscing and writing about him and about our friendship, which spanned over 35 years. But then it dawned on me that an inordinate number of lifelong friends and colleagues have walked away from us lately: Bill Davis, Joram Lindenstrauss, Alexander Pelczynski, Ted Odell and now Bob. 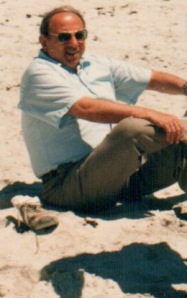 I had written about the unique persona and the tremendous influence of Joram Lindenstrauss. But today I remembered how he always made a stop at the University of Washington before coming to see me in Vancouver. He had spent a year there in the early days of his career, loved the Pacific Northwest, and developed a close friendship with Bob Phelps and his wonderful wife Elaine, a tireless champion of everything progressive. I used to drive down to pick Joram up from their home in Seattle. Yes, I had written before about how much our geeky lives of mathematicians/researchers/travelling salesmen are intertwined with those of our families. And you don’t need to be a Paul Erdős to experience this extremely rewarding lifestyle. When colleagues host you in some far away country, you are –more often than not– the guest of their families, their parents, not to mention their in-laws and their neighbors. 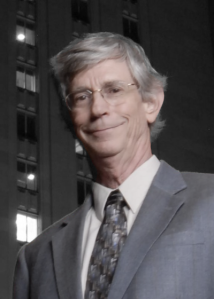 I had re-blogged what Tim Gowers wrote about Ted Odell. And when Tim writes, you can rest your pen. I have known Ted since 1982, when I spent a year at the University of Texas at Austin. Ted and his wife Gail were wonderful hosts. I remember him telling me how intrigued he was, when he, who was born in Woodstock, NY (yes the famous one) saw upon his first arrival to Texas a cowboy tying his horse before entering a McDonalds. He had never seen another one since.

Ted was an expert in combinatorial, measure-theoretic and set-theoretic methods in analysis. Gowers wrote about his contribution to the solution of the famous distortion problem for Hilbert space. Very recently, with Richard Haydon and Thomas Schlumprecht he achieved remarkable new results on the structure of Lp-spaces. He also settled an old problem with Bill Johnson proving that the isomorphism class of a separable infinite-dimensional space has infinite diameter. Ted was a beautiful mind.

Mathematics for Bill Davis was a uniquely social sport. It was simply an excuse to talk, debate, chew the fat, and have fun. This purely Ohioan boy was unusually cosmopolitan in his cultural, musical and culinary taste. I suspect that his 1976-77 research study term at the Hebrew University in Jerusalem was an eye-opener to this American midwesterner for the richness and the sheer delight of experiencing life in different cultures. He had time for me and surely for picking on my english accent very early on and as soon as I stepped off the boat in North America back in 1976. In 1988 and before all the craze about novel ways for teaching and the role of technology, he helped create Calculus&Mathematica, an innovative calculus-learning device.

He wanted the students to “Give it a Try”, to enjoy “the experiences of introducing ideas and topics, the challenges to intellect and patience, the excitement of beating the course and solving a very difficult problem. There is no more rote manipulation in this class. Problems are open-ended. Students no longer simply memorize a formula and then plug it in to solve a particular equation. They play, conjecture, test, conjecture, play more, and almost always come to the correct conclusion.”

That was a turning point in Bill’s life. “There’s nothing more fun than that. Sitting and talking with students who have just discovered that math can make sense.” Since starting to work on the project, and work with the students in the lab, Bill’s wife, Jo, declared that “he was finally fit to live with.”

Aleksander Pełczyński died on December 20, 2012 only a few months after the passing of Joram Lindenstrauss. An amazing coincidence considering that they are both considered to be the fathers of modern Banach space theory ever since their joint and defining role in uncovering the true impact and depth of Grothendick’s “Résumé”.

Olek was a student of Stanisław Mazur. He was a member of the Polish Academy or Science and the editor-in-chief of Studia Mathematica, which was founded by Stefan Banach and Hugo Steinhaus. Studia may be the only mathematical journal in the world that had to publish papers with notes such as, “The author of this work has been murdered by the Nazis in March 1943. The manuscript which he sent to the editor in 1941 was recently found among the papers left by S. Banach.”

Pełczyński  started his mathematical career during that tragic era of Polish history, which may somewhat explain his deep knowledge of European and American history. These sinister times may have also helped shape his relatively enigmatic personality, and his reluctance towards assuming positions of responsibility both on the Polish and international scenes. On the other hand, his mix of cynicism and sarcastic humour was there for everyone to see.

Olek’s influence on Polish mathematics was huge. His students, all of whom are close and dear friends, became prominent mathematicians. Even those who are working in Canada, the US, Paris and Denmark are still involved and engaged in Polish mathematics.

Olek’s sense of humour was twisted, complicated and almost incomprehensible. Our non-mathematical conversations were mentally exhausting, as every sentence he uttered could have several meanings and interpretations. His influence and effect on his students, even after they achieved international prominence, was profound and somewhat terrifying. I felt that he liked me. I didn’t know why, though I think I amused him. I respected him greatly, but he remained an enigma till the very end.

I don’t know when, where and who initiated the kind and gratifying notion that Bob Phelps was my “North American father.” He surely treated me like the son he never had. But Bob was kind and generous to everyone. I wonder sometimes what would have happened if Bob had succeeded in recruiting me at the University of Washington, back in the 80’s.

I had known of Bob since I was a student in Paris. His “1966 Lectures on Choquet theory” was a required reading for all of us students of … Gustave Choquet. The truth is that every book by Bob Phelps is a must-read for students interested in functional and nonlinear analysis. They were all bestsellers.

Phelps worked on merchant ships during World War II as a radio operator, and was therefore late getting into university. But once there, his career was meteoric, establishing with his thesis supervisor, Errett Bishop, the amazing fact that “all Banach spaces are sub-reflexive,” years after dozens of papers had been published proving that, “If a Banach space is sub-reflexive, then …” The Bishop-Phelps theorem is now one of the most important results in functional analysis, with applications to operator theory, harmonic analysis, integral representations, variational analysis and optimization.

The “Rainwater seminar” and the “John Rainwater’s papers” are well known to the older mathematicians of the rain-soaked Universities of British Columbia and Washington. Not unlike “Nicolas Bourbaki,” though much less ambitious, John Rainwater became a pseudonyme used by several mathematicians of the Pacific Northwest, including Bob himself, who eventually decided that JR deserved a biography of its own.

Bob was also an all-round athlete, who practiced rock climbing, mountaineering, biking and of course running. One of the disappointments of his life may have been that he couldn’t get me interested in jogging –let alone running. He was however successful in getting my wife to run with him, not only in the Pacific Spirit Park around UBC, but also –to my horror– in the “Jardins du Luxembourg” in Paris. Michel Talagrand told me repeatedly that Bob Phelps saved his life by introducing him to running. He never told me how.

Once he realised –more than 30 years ago– that I was born in sub-Saharan Africa, he started introducing me to the audiences of my talks and seminars, as “the mathematician from Timbuktu”. On April 2, 2012, Bob sent me an email, “I thought of you when Timbuktu hit the news today.”

His last email came on September 11, 2012. He had just received my call for proposals for BIRS. “Dear Nassif, Sorry, I won’t be able to submit a BIRS proposal this time.  Maybe when I’m 90 (four years from now). Bob”

His health was starting to decline then, but I didn’t know. I will always cherish my memories of Bob Phelps. Rest in peace my friend.