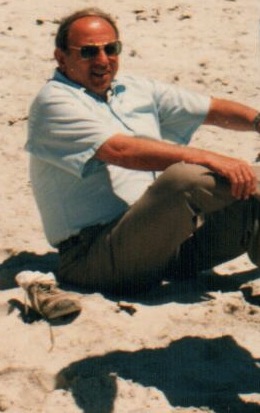 “I am very sad to tell you that my father Joram died this morning, the 29th of April, in his home”, wrote Elon. I knew that Joram had been seriously ill for some time now, but the cryptic email brought more than its share of extreme sadness. Both my professional and my personal lives had been deeply touched by Joram Lindenstrauss and his family. I am still wondering, even as I write this, whether I will be able to explain.

I will not elaborate here on Joram’s mathematical contributions. They are numerous and will surely be described by many, hopefully also by myself, in the next few months. You can already read Gilles Pisier’s account in the latest Bulletin of the AMS, on Joram’s defining role (with Alexander Pelczynski) in uncovering the true impact and depth of Grothendick’s “Résumé”. I have also worked with Joram on several projects, and hearing that he is also gone only a few months after another friend and co-author, William J. Davis, passed away, could only be a bad dream.

I was a 22-year old “kid” when I first met Joram Lindenstrauss. It was in Columbus, Ohio. He was already a leader in my field of research of that time. It is fair to say that Joram was a “feared leader”. He had extremely high scientific standards, he was tough and he never minced his words. I will never understand why I never felt intimidated by him, though I was well aware that the other –often smarter– mathematicians around me, were. Was it because they were all essentially his students and I wasn’t? Was it because I was still too young and obnoxious to be self-conscious and adequately intimidated by revered celebrities?

The truth is that I knew deep inside that Joram Lindenstrauss liked me, though I will never know why. In return, I loved the man. So tough on the outside but, was I the only one who could feel how gentle, even soft he was deep inside? Confirmation came several years later when I got to know his children. He was as demanding as an old-fashioned family patriarch could be, but they knew …

I was “fresh off the boat” on the American continent for a postdoctoral position. Joram Lindenstrauss was already a pillar of Israeli mathematics. He was the first Israeli I ever met. The encounter was one that would mark my life. His family had left Germany for Jerusalem as soon as the Nazis came to power. We quarreled about politics of course, yet there was always this feeling, which may look naive nowadays, that all will end up well one day. It was there and then that I first learned –and yes relatively late in life– that “what we have in common is much greater and more powerful than what divides us”.

And this was before I met his incredibly kind wife, Naomi, and his amazing, then still young teenaged children. This is when you see humanity at its glorious best. It was on a Vancouver beach more than 28 years ago, when he first told me that his son seems to be “good”. From this understatement, so typical of Joram, I was supposed to understand that it was mathematics he was talking about, and that Elon might one day get the Fields medal. His children lived up to every expectation. He must have been so happy as he passed.