UBC appoints a doer as its 13th President 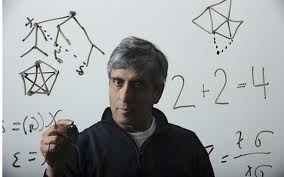 Once again, UBC has steered clear of appointing a career university administrator for its top position. Unlike UofT and UVic, who opted for the ultimate insiders, and McGill, who went for a consummate bureaucrat, UBC has chosen to appoint a man of vision, with hardly any record in traditional university administration. But in Arvind Gupta, UBC is also betting on a formidable man of action, with considerable experience in conceiving, implementing and delivering innovative programs for advanced research, university-industry synergies, academic training, and job placement for university graduates. With this choice, UBC continues an honorable tradition of calculated risk-taking when dealing with its leadership.

“Stephen who?” was our collective reaction when the name of UBC’s 12th president was announced back in 2006. Is a Dean of a typically diminutive Faculty of Law sufficiently prepared for the complexities of an enormous institution such as UBC? Will his job description and budget at the Trudeau Foundation scale to that of UBC the university, the endowment, and the town? Could a human rights lawyer and international relations expert handle less than glamorous matters such as infrastructure maintenance and steam-to-hot water conversions on campus?

Eight years later, the very same questions may be resurfacing. But let’s face it, under Strangway who started it all, Piper the strategist who managed to engage Ottawa with PSE, and Toope’s unwavering push for sustainable growth and campus development, UBC is one of very few universities that has, over the past 20 years, transformed itself into a globally significant institution: a research and teaching power house.

And it can’t be pure coincidence that these presidents, though far away from Canada’s centres of power, ended up leading nationally with substantial achievements that have impacted the whole of Canada’s post-secondary sector. Martha Piper has been credited with the incredible feat of having rallied government around the Canada Foundation for Innovation (CFI), the indirect costs of research, and the Canada Research Chairs (CRC). Stephen Toope is known to have anchored the recently announced Canada First Research Excellence Fund. It is certainly with this track record in mind that UBC has chosen to appoint Arvind Gupta: A president who is expected to lead on the national level.

But what do we know so far about Arvind Gupta? Well, first he is a card-carrying academic, a professor of computer science whose research focuses on algorithmic combinatorics with applications to bioinformatics. In other words, he is a mathematician with expertise in computational complexity. He may need it!

Always on the move, Arvind is constantly generating new concepts and designing bold and groundbreaking initiatives, all with the end goal of building research and talent capacity in Canada and for Canada. But he is also known for delivering successfully on his ideas. He is a man in a hurry, but I have always been struck by the way in which he has executed his strategic goals over the years; methodically, patiently and successfully.

His service to the country over the past 20 years has been nothing short of extraordinary. His ultimate goal: A Canada that is a world leader and a major international hub for research excellence, experiential learning, advanced training, and knowledge based innovation. I should know.

I should know because I still remember that evening almost 20 years ago, when my friend, SFU distinguished mathematician Peter Borwein, brought along a very young Arvind Gupta to one of our first “secretive” meetings. On the agenda was a plan to structure and jumpstart –against all odds, I should say—meaningful and sustainable collaborations between Canada’s Western universities. We had our own (academic) version of “The West wants in,” and the kid from Timmins was generating lots of good ideas. That was the beginning of an incredibly rewarding longterm collaboration mostly focussed on building world class scientific research capacity for Canada.

Together, we worked on the founding of the Pacific Institute for the Mathematical Sciences (PIMS), on the launch of the MITACS Network of Centers of Excellence (now Mprime), and on the creation of the Banff International Research Station (BIRS). These three highly acclaimed institutions reflect a recurring theme in Arvind’s career: his keen interest in creating collaborations that would enhance the research and learning capacity of Canadian universities. As such, PIMS now encompasses 9 Western Canadian universities and the University of Washington, while BIRS is the very first Canadian research institution that is jointly funded by Canada, the US and Mexico. The MITACS (now Mprime) NCE was a major scientific enterprise, which involved at some point 38 Canadian universities, 416 researchers, 703 HQPs, and 214 partner organizations.

I don’t think I had meant to be serious when I asked Arvind, then a very junior faculty member at SFU and my deputy at PIMS, whether he would be interested in the leadership of the MITACS network. I recall being as astonished by his confident affirmative response, as I was when I learned last fall that he was putting his name forward for the UBC presidency. It was an early sign of his fearless and confident ways, taking on tasks that looked impossible and jobs that seemed above his level of readiness before he managed to make them look seamless and … ordinary.

He became the scientific director of the MITACS network in 2001, and under his leadership, this NCE developed into an overwhelming success story for Canada. It became a remarkable organization that is recognized worldwide as an effective new model for R&D in the mathematical sciences – one that addresses the imperatives of research, education and technology transfer. The network supported an incredibly wide array of research areas: seismic imaging, wireless communications, quantum information processing, cancer modeling, drug reception, global warming, to name only a few of that NCE’s range of interests and accomplishments.

PIMS, BIRS and MITACS are major achievements by any measure, but Arvind wasn’t done yet. At MITACS, he came to value the role of the student researcher/innovator in the knowledge transfer equation. He was now ready to apply the concept to all disciplines and not just the STEM fields. He therefore proceeded to develop Mitacs Inc., an organization that is already recognized nationally and internationally for its success at interweaving socio-economic imperatives into graduate student education at 60 Canadian research-intensive universities.

In 2009, Arvind extended this experiential learning philosophy to include bilateral international student research exchanges. The Mitacs-Globalink program acts as a platform for Canadian undergraduate and graduate students to undertake research projects abroad while facilitating research in Canada for foreign students. More than 2,500 students will participate in Globalink over the next three years.

Arvind is a regular presence on provincial and national governments advisory committees dealing with post-secondary issues, innovation, and national R&D policies. In 2010, he sat on the Jenkins panel, which achieved the monumental task of reviewing the more than 60 government programs that support business R&D, including the $3-billion SR&ED. The panel’s report “Innovation Canada: A Call to Action” is a remarkably candid and seminal document, which is starting to significantly impact federal policy on research, innovation and development.

In 2011, BC’s Premier Christie Clark charged him with developing a provincial innovation strategy as a counterpart to the federal strategy with many of his recommendations implemented by the province. In 2012, Arvind was appointed to the Government of Canada’s Science, Technology and Innovation Council (STIC), the federal government’s main external policy advisory body on issues and priorities related to science and technology.

All this points to the fact that the next UBC president had opportunities to learn first hand the ins and outs of Canada’s programs and policies for research, development, innovation and advanced education.

Arvind’s entrepreneurial record in support of Canada’s postsecondary apparatus, its links to industry and of its responsibility to address the employment challenges for its graduates, has no equal in Canada. The same goes for his track record in government relations.  After all, he has managed to convince the federal government, much of its bureaucracy, almost every province in Canada, and thousands of industrial outlets, to be his partners in many of his visionary initiatives. Ditto for the innovation file and the international dossier.

Arvind may not have worked formally for one specific university, but it can be said that he has been working for all of Canada’s universities. He may not have dealt with student’s associations, nor had he reviewed his colleagues’ teaching evaluation forms, but he surely have dedicated a good decade of his career developing funding, training and career opportunities for students. He may not have a record in formal university administration, but through Mitacs, he has had a complex though different administrative experience that is worth considering.

This is not to underestimate the challenges that the next president will have in administering an institution such as UBC. University administration and their governance are far from being as flexible or nimble as an organization such as Mitacs Inc. It remains to be seen how his drive and his ambitions for UBC would handle the inertia of such a large and relatively decentralized institution.

University presidents often characterize their jobs as relentless. With Arvind, one can only wonder whether he may be too relentless for the job. But PSE leaders can always count on frosh chants, Facebook empowered misogyny, athletic zealotry, and bike paths controversies to derail even the most focused among them.

Imagination, strategic thinking, high energy, organizational skills, and unwavering commitment are the qualities that add up to effective leadership. Arvind Gupta has them all and UBC and the rest of Canada’s post-secondary system will do well under his leadership.

3 Responses to UBC appoints a doer as its 13th President