They also owned the podium for Canada 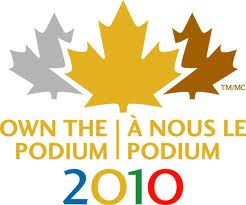 … away from your cameras and without your millions. “We were very grateful to have our summer training for the Canadian International Math Olympiad (IMO) team at the Banff International Research Station (BIRS) again this year. As in previous years, the hospitality and assistance were exceptional…” That was Dalhousie’s Associate Professor, Dorette Pronk, who was the leader of Canada’s team for the 52d International Math Olympiad held in Amsterdam. The national team: Six of Canada’s brightest high school students. The results: Each one of them was invited on stage to receive a medal. Medal count: 1 gold, 2 silver, and 3 bronze medals. Age of Canada’s gold medalist: 14. Political, corporate and media interest: Nil.

Every year, Canada participates in the International Math Olympiad (IMO), a highly competitive worldwide annual contest in mathematical problem solving for high school students involving more than 150 countries. As mentioned above, gold, silver and bronze medals are awarded to the top contestants, countries are ranked accordingly, and just like the “other” Olympics, some of us experience country pride, the thrill of owning a higher piece of the podium and all that jazz.

But unlike the “other one”, there is no cash changing hands, no advertising, no corporate sponsors, no consumerism, no media, and no politician in sight.  Nevertheless, Canada’s kids of the IMO are as golden as Alexandre Bilodeau, Donovan Bailey, or even Sidney Crosby, as my son would say. Biceps, physical abilities and motor skills don’t matter. This contest is all about grey matter, mathematical talent, analytical skills, and sheer brainpower.

Here is how the process unfolds in Canada. The selection process for the national teams is rigorous and demanding.  It is coordinated by the Canadian Mathematical Society, and led by an amazing group of volunteers from various Canadian universities. Once the national team is selected, they train together for a few weeks at BIRS, before they fly to the country where the competition is held. Next year, it will be in Argentina.

It was a no-brainer, when I was asked back in 2005, whether BIRS would be willing to host the IMO training camp. Ever since, a dozen of young students and trainers show up at the Banff station every spring for training. Needless to say, BIRS is extremely proud of hosting such an amazing group of smart kids.

But do they enjoy themselves there? Dorette Pronk reports: “Math Team Canada (Matthew Brennan, Heinrich Jiang, James Rickards, Mariya Sardarli, Alex Song and Hunter Spink) was at times so focused on solving mathematical problems and improving their skills that we had to force them to enjoy these other aspects of the camp. So most of out time was spent in a BIRS classroom in Max Bell Hall, but the beautiful surroundings were not completely wasted on our students, and they did enjoy our hikes and excursions, including an evening trip to the Banff hot springs.”

These camps are not without their own little stories and anecdotes over the years. Like when I had to intervene with the security personnel of The Banff Centre, who were taking issue with several kids filling their pockets with food and sweets at the Buffet. The kids were simply getting themselves ready for a mountain hike!

Another great set of stories is when we arranged that the Mexican IMO team come to BIRS as well so that both national teams could train together. But that’s for another post and another day.

Another heart-warming instance is when a very self-apologetic Jim Arthur –as only Jim can be– asked me whether he could stay for an extra 2 days at BIRS after his workshop ended. The reason? He had accepted to address Canada’s IMO team, which was arriving to Banff a couple of days later. Think about how excited these kids were to get to talk math with Jim Arthur, NSERC Gold medalist, Killam prize winner, President of the American Mathematical Society, and nothing short of the pride and joy of Canada’s mathematical community.

But who managed to get the ever-busy Jim Arthur to do that? Well, a little bit of detective work solved the puzzle. The one-named David Arthur, former IMO gold medalist, former deputy leader of Canada’s 2009 IMO team, and returning deputy leader of Canada’s 2011 IMO team, is no one else but the son of Jim Arthur. He had taken a leave from his job at Google to come and train Canada’s team.  What an inspiring story of scholarship and commitment.

Many thanks go to Dorette Pronk, Jacob Tsimerman, and David Arthur, who formed the core leadership team of IMO 2011. Thanks must also go to IMO alumni Alex Fink and Farzin Barekat, as well as other problem solving champions, Lino Demasi and Robert Morewood (who served as team leader to the IMO in 2006). They all “came back” to help and provide further training for Team Canada.

Before I close, I want to relate two interesting stories from the report of Dorette Pronk. The first adds to the continuing discussion about women and mathematics.

“A wonderful highlight of the medal ceremonies was that Lisa Sauermann from Germany scored her fourth and final gold medal (her fifth medal in total – the first one was silver), and she did this with a perfect score of 42 points. This means that right now she is leading the IMO hall of fame, replacing her fellow German contestant Christian Reiher, who was there to congratulate her. This brought up some discussion about the results of female contestants at the IMO. It is interesting that although the number of women participating is lower than the number of men, their scores are statistically comparable.  I discussed this with one of my Dutch colleagues, and he remarked that in his courses at the Technical University in Eindhoven, women, although in the minority, tend to produce better results. He was wondering whether this means that in society the bar to enter a technical or scientific program is set higher for women than for men, whereas this is not the case in the IMO. I am wondering whether this difference might also be related to different work habits and confidence levels between male and female students, where at the IMO everybody is equally focused.”

The other is an amusing tale describing “a bias” in the process of problem selection for the competition, which is done by an international committee of team leaders just before the contest starts. Dorette Pronk describes how the “Combinatorics problem” beat out the “Geometry problem”. “I suspect that the fact that the combinatorics problem involved windmills may have just helped it win by one vote for an IMO in the Netherlands!”

Here is the problem, in case you want to give it a try.

Let S be a finite set of at least two points in the plane. Assume that no three points of S are collinear. A windmill is a process that starts with a line going through a single point P in S. That line rotates clockwise about the pivot P until the first time that the line meets some other point belonging to S. This point, Q, takes over as the new pivot, and the line now rotates clockwise about Q, until it next meets a point of S. This process continues indefinitely. Show that we can choose a point P in S and a line going through P such that the resulting windmill uses each point of S as a pivot infinitely many times.