Guest Blogger John B. Walsh: Insidious buzzwords and all that jazz 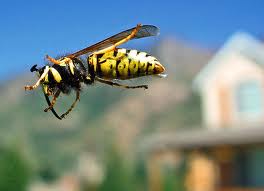 Nassif Ghoussoub needs your help. Every time I go into his office to tell him what he should blog about, he simply tells me to write it myself. He is obviously desperate. Let me tell you how desperate he is.

This is what we discussed the last time I visited him.

I told him that he was using too many buzz words. Now, I knew perfectly well that he is concerned with funding, and that it is impossible to discuss funding without resorting to buzz words, because, well, without buzz words you’d have to think. So I told him it was his duty to think. I can’t do that for him, I said. But he refused me. “Think for yourself,” he said. But I have thought, and I still think it is his job. After all, this is his blog, not mine.

But, as one who is attached to the English language (apart from its unfortunate connection to the non-Irish part of the British Isles) I feel called to object to his use of some four-plus letter words, such as “excellence”, “innovation” and “thinking outside the box” to name three. I asked him how he could take them seriously. He just laughed.

Can you imagine that: Ghoussoub laughed at such excrescences on the English language, the language of Shakespeare, Joyce, and P. G. Wodehouse, on which we were raised (oops, he was raised on French—but it’s the same: instead of excellence, innovation, and thinking outside the box, read “assez bien”, “une idée pas mal,” and “pensées en dehors du carré”. Marvelous language, that.)

But, although taken aback, I asked Nassif if he supported excellence in mathematics. He responded with talk of things like binning and standards and NSERC short-sightedness. I have no idea what he was talking about, but it was quite convincing at the time. In fact, it brought back memories. Indeed, I remember spending a year on the NSERC statistics committee. That was in the good old days when the bean counters had barely begun to take hold, and science still held sway. (As I am sure it does today—ask Nassif.) I was told by the NSERC representative to our committee that “We only fund excellence.” At the time, I was looking a number of proposals which clearly deserved support, and some which fell a trifle short of the dividing line. This was not the problem: I had read the papers involved (did I say I was younger at the time?) and had a pretty good idea of what was and what was not deserving of support. What I did not know was what “excellence” meant. Afterwards, after seeing how the proposals were handled, I understood that the meaning of “excellence” was “mediocre or better.” As a result, when writing letters of recommendation for someone whose work I respect, I studiously avoid the word “excellent.” My highest praise is that someone is “very good.” (I have been known to use “very, very good,” but I regret it, for it jars on my ear: I feel I should be able to find a better word than that. But I can’t use excellence; that would imply mediocrity.)

The most insidious buzz word these days is “innovation.” It is beloved of marketers. Much like “dynamic,” it has only positive connotations; nothing innovative can be bad: try “innovative pimping”, “innovative Ponzi scheme”, and “innovative terrorism.” See? My only regret is that it is too late for me to write the definitive paper on “Dynamic Innovative Methods in Numerical Stochastic Partial Differential Equations.” Go ahead, laugh. Others are fighting for branding rights. My point, if I have one, is that the basic requirement for publication of a paper in any decent journal is that it contains something new, i.e. that it is innovative. That is, the word “innovation” determines the lowest common denominator in science. Fight for it if you wish.

Finally, let us think somewhere around—inside, outside, on the edge of, in the corner of, or just below the box. How can we think outside the box if we don’t know how to think inside it? And, while trying to think outside the box, it’s a good idea to find out where the box is. Each branch of science has developed its own methods of solving problems—its own box, so to speak—and these, along with a few extensions, solve most of the problems. The student who can’t solve the usual problems by the usual methods probably won’t find a thesis supervisor. Of course, once in a while, a smart-alec who knows parts of two or three of sciences makes a breakthrough, and finds that some big problems one field are equivalent to some big problems in another. With great luck, the problem will have been solved in one of the two fields, and the student’s reputation is made in the other. With even greater luck, it is solved in neither field, and the student solves it, thereby advancing both fields and making his advisor’s reputation.

3 Responses to Guest Blogger John B. Walsh: Insidious buzzwords and all that jazz