Committing to a global ambition: Pitfalls and rewards 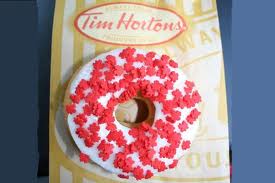 On Nov. 4, Ontario Premier Dalton McGuinty wrapped up Ontario’s mission to China by announcing a new Trillium Scholarship program designed to attract the world’s best graduate students to pursue doctoral studies in Ontario: 75 scholarships — each one providing $40,000 a year for up to four years, to be paid for by both the government and the universities. He made the announcement while speaking to professors and students at the Hong Kong University of Science and Technology.

As soon as the new Trillium scholarships were announced, they were strongly criticized by Ontario’s Progressive Conservative opposition, which set up an online petition calling on McGuinty to cancel the program and to “keep Ontario dollars for Ontario students.”

“To give $40,000 a year to foreign students, that’s just wrong. The money should go to Ontario families first,” said PC leader Tim Hudak to reporters.

Kudos for Ontario’s leaders who quickly mounted a spirited defense of the program and of sending a message to the world that Ontario is serious and committed to achieving a global ambition. Here are a few:

What’s more, the attempts to pit foreign students against domestic ones failed miserably. The Canadian Federation of Students refused to play that game, and in a release, they welcomed the new support for international students while pointing out that all students in financial need should get more aid.

An insightful piece by Adam Radwanski in the Globe and Mail examines the debate from a “culture-war” perspective.

BC needs a piece of that “war”.