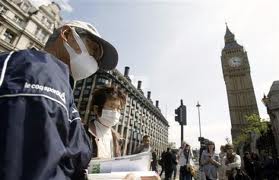 The news for British universities are particularly bad as of late. Higher education will suffer major budget cuts under a recent spending review released by the British government. Excluding research support, which will remain flat, the amount of money going to higher education in England will decline by 40 percent over the next four years, from 7.1 billion pounds (about $11-billion) to 4.2 billion pounds (about $6.6-billion).

The research budget will be frozen at 4.6 billion pounds (about $7.3-billion), “to ensure the UK remains a world leader in science and research”. The government will continue to pay for teaching in science, technology, engineering, and mathematics.

In other words, the government is implying that history, economics, business, psychology, philosophy, literature, foreign languages and other  aspects of the social sciences and humanities represent  a useless waste of public funding.

Adding hardship to insult, the government plans to allow universities to raise tuition beginning in 2012. Tuition at some British universities could soon increase to as much as £9,000, or $14,430, nearly tripling the rate at some institutions.

The organization that represents Britain’s university vice chancellors praised its support of substantial tuition increases as necessary for higher education’s survival, while professors and students decried what they called the death of the public university in Britain.

1 Response to Beware the British Bug