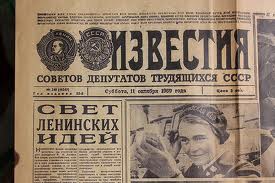 The most discussed subject in university board meetings, after finance and capital projects of course, is most likely to be communication and its connection to public relations. Universities know that they are failing at it, yet they don’t seem to know what to do. I will argue here and in the next two posts that Social Media can and will reverse this situation as universities have now the potential to shape and even dominate the news circuit.

In his article, “The Soviet style world of university PR”, a former University president, Ferdinand von Prondzynski, writes that universities have been unable to persuade the wider public of the merits of what they do and of the quality of their achievements, because they don’t know how to communicate.

He asks, “What do the colleges attempt to put in the public domain? Overwhelmingly, universities use press releases like the Soviet Union used reports on the last five-year-plan: stories of amazing successes and achievements, presented with all the compelling urgency of a report on meeting tractor production targets.”

Underwhelming indeed for institutions that are constantly scrutinized and attacked. “The right” keeps dumping on the ivory towers, the “pampered” faculty, the fiscal burden on the public purse, our never-good-enough teaching ways, the “non-competitive” nature of the tenure system, the “recklessness” of our academic freedoms, not to mention  the liberal agenda of some of our “too humanistic” departments.  “The left” moans about the corporate university, the advent of the managerial university, its newly enforced role in wealth creation, in leading the innovation agenda … whatever this means, etc.

Universities have traditionally tried to imitate governments, corporations, and other top-down institutions by relying on their public affair departments to funnel one-way communications. But for various reasons, universities’ efforts at communicating their message to the public have always fallen short. They are not winning many of the arguments in the eyes of the public.

There are many reasons for this failure. But I will try to describe in the next post how the new media provides opportunities not only to remedy every one of these deficiencies, but also to put universities in the driver’s seat after being shunned for years, courtesy of the neglect by traditional 20th-century media outlets.

Social media technology is already changing how organizations and governments operate and communicate, but I will argue in the next  post, that universities will be the major beneficiaries of this revolution, bringing them a tremendous opportunity to shine.